Some trends in this latest regulation roundup:

Nebraska – A recently introduced bill would permit the use of mini-trucks on all Nebraska roads except interstate highways, controlled-access highways and expressways. The bill also provides definitions for UTVs and mini-trucks. The story notes that mini-trucks would be used not only in rural areas but by lawn service providers in urban areas as well.

Indiana – The Indiana House of Representatives passed a bill which would allow the use of mini-trucks on local roads and state roads if properly titled and registered by the BMV. Mini-truck dealers must also register as a dealer in Indiana. The bill effectively creates a separate classification for mini-trucks which currently fall under the off-road vehicle category which includes UTVs, ATVs and golf cars.

Wisconsin – The Wisconsin Assembly Ag Committee unanimously passed the so-called “Gator Bill” which would allow light utility vehicles to be operated on roadways for agriculture use. The bill is expected to come to a vote shortly.

Mower County, MN – In the last week of December, the Mower County Board of Commissioners approved an ordinance to license and allow mini-trucks on county roads. Under the new ordinance, the mini-trucks are allowed on township and county roads, but cities in the county need to pass separate ordinances.

Santa Rosa Beach, FL – A citizen group is proposing that the speed limit for an 18.5 mile stretch of county road 30A be lowered from 45 mph to 35 mph to accommodate the use of LSVs. There is some opposition to the change.

Wisconsin – A bill working its way through the Senate would give municipalities greater ability to permit neighborhood electric vehicles (“NEV”) on roads that connect to highways or cross state highways without obtaining state DOT approval.

Fresno, CA – The legislative process has been started to allow the city of Fresno to seek permission from the state to develop a neighborhood electric vehicle plan. The plan would clear the way for special lanes, signs and other upgrades required to allow the mini-cars on more city streets.

Utah – Utah lawmakers will consider a bill that would allow low-speed vehicles go without a speedometer, odometer and braking for each wheel. According to the story Utah and Louisiana are the only states that require speedometers, odometers and brakes on all four wheels.

South Carolina – A House Subcommittee agreed Wednesday to allow a driver to operate a golf cart up to 5 miles from their home or business as opposed to the current 2 mile limit. The bill moved forward despite opposition from the State Public Safety Director but still has several hurdles to overcome before becoming law.

Sokon USA – After encountering quality issues with their first attempt several years ago under the Mattruck brand, Hal Ferrell and Michael Lewis of Sokon USA have launched a mini-truck based hunting vehicle.  Selling under the brand Sarge, these mini-trucks feature four wheel drive, a 45 hp engine and a 25 mph top speed.  The company claims the vehicles are classified as LSVs and are street legal depending on state and local regulations.

The vehicle, which seats five, is sourced from China based DFM (Dong Feng Motor), a subsidiary of Chongqing Yuan Group and will retail for about $14,500.  In addition to the hunting market, the vehicle will compete against utility vehicles in the construction, turf, ranching, farming and government markets.  Learn more:  Dealernewsblog.com

DFM Mini-truck (Thailand) –  Driven by rising demand in the Thai market, the company is talking to the parent company DFM of China about  manufacturing vehicles in Thailand rather than importing them from China.  Learn more:  Thailandchat.org

Signs of a strong farm segment were apparent at the recent Iowa Power Farming Show held earlier this month.  Both the number of visitors and exhibitors increased from last year’s show.  Organizers surveyed over 2,000 attendees on their purchase plans for 2010.  Utility vehicles ranked fifth in the results with 11.4% of respondents indicating that they planned to purchase utility vehicles.  They were behind tractors, guidance/precision ag equipment, grain bins/dryers and pick-up trucks.  As a comparison 14.7% of respondents were planning on purchasing pick-up trucks.

I spoke with the show director Tom Junge and while he did not have a utility vehicle percentage from last year’s show he reported that the category placed fifth that year as well.  He also remarked that the grain segment as opposed to the livestock segment in the agriculture market has been strong the past year and this is expected to continue this year as well. – Marc Cesare Learn more:  Agrinews.com

Global Motor Services – This newcomer to the electric vehicle market is using former Bears coach Mike Ditka to promote their products.  Their current line-up includes a converted Chevy Aveo and a three-wheeled scooter.  They expect to add an LSV in the future and currently have dealers in San Diego, New Jersey, Las Vegas and Chicago.  Learn more:  Autobloggreen

Also the company has been awarded “…an engineering prototype contract for the design and development of an electric mail truck.”  This project is for converting a US Postal Service gas vehicle to electric propulsion.  Learn more:  Autobloggreen

Cruise Car – Adam Sulimirski has been promoted to the position of General Manager from Global Sales Director.  Learn more:  Madduxpress.com

Highlighting some of the many applications for small, task-oriented vehicles

Mobile Grocery Store – In Thailand DFM Mini Truck Co is teaming up with  Siam Makro Plc to launch a mobile grocery store concept.  A specially designed vehicle with product inventory will be sold to grocery-store owners for use as mobile grocery stores, restaurants, bakery or coffee shops.  According to reports the trucks will be available in two formats. The counter format allows shoppers to buy products around the truck and the walk-in format allows customers to choose products inside.

The truck and inventory will sell for the equivalent of about $15,000 US and owners will have seven product groups from which to choose.  The companies estimate that owners can break even in one year and expect to initially sell 100 vehicles through a special marketing roadshow that will demo the concept.  The DFM mini-trucks are imported from China.  Learn more:  Bangkokpost.com

John Deere and Boeing Defence UK have announced a 17 month development project to enhance the capabilities of the R-Gator, Deere’s robotic utility vehicle for the military market.  Boeing will be adding technologies to the vehicle to improve performance as an Assisted Carriage System (ACS).

The John Deere R-Gator™ ACS can support an infantry section of up to eight men, and offload 1400 lbs. of individual equipment. It is designed to carry an increased level of ready combat supplies for more effective patrolling and re-supply operations. Most importantly, the vehicle can operate autonomously, be driven manually, and be reconfigured to meet a multitude of ground support needs.

The R-gator is based on Deere’s Gator XUV utility vehicle.  Learn more:  Deere.com

ZeroTruck Corp. – The company’s ZeroTruck, an all-electric zero emission medium duty truck based on the Isuzu N series chassis, was recently added to the GSA schedule for government purchasing. The ZeroTruck features a low cab-forward design, a fully automated transmission, a range u to 100 miles and is fully highway capable. The vehicle is available at Central Truck Center of Landover, Maryland and through select Isuzu dealerships in California, Colorado, North Carolina, and New York. Learn more: Your-story.org Comment: While in theory a vehicle like this could offer competition to utility vehicles that are displacing pickup trucks in certain market segments, at a cost of over $100,000 this is not likely to happen anytime soon. – Marc Cesare

Electric Motor Cars – The company has just introduced a two-seat electric pickup which is based on the Dacia Logan. Dacia is a subsidiary of Renault and the trucks are built in Romania. The company reports the vehicles may be assembled in Florida or Iowa in the future. The pick up sells for $33,950 and van and station wagon versions will also be available. The vehicles are powered by nickel sodium chloride, “ZEBRA” batteries, which will charge in 3 hours on 220 volts or up to 8 hours when powered by 110 volts. The company claims a range of 260 miles and reports that around 100 vehicles will be available in about one month. Currently three dealers distribute the vehicles. Learn more: Trucktrend.com

Zap – According to this post Zap is rolling out a larger electric truck for industrial and fleet use. Learn more: Hybridfriends.com

India Electric Truck Market -Tata Motors, Mahindra & Mahindra, and Reva Electric Car Company are planning to launch electric trucks and passenger carriers in the sub-one-tonne segment. Tata Motors has developed an electric version of the Ace which could debut soon. M&M, likewise, is working on a variant for the recently launched 0.9-tonne Maxximo.  The sub-tonne segment in India numbers 100,000 vehicles annually.  The companies are targeting applications for large shopping mall and residential complexes, airports and  intra-city transport.  While there is no mention of  exporting the vehicles to other markets , previously Tata and GEM announced they were working on an electric version of the ACE for the US. 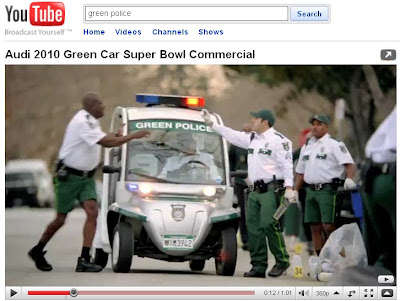 If you looked closely at Audi’s Super Bowl commercial you would have noticed  that a GEM vehicle was featured prominently in the ad.  In fact someone took the time to measure exposure time and GEM beat the Audi vehicle 11 seconds to 8 seconds.  Learn more:  Leesfreeriff.blogspot.com 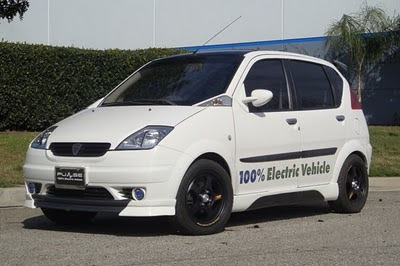 American Custom Golf Carts a producer of LSVs that look like Escalades, Hummers and Roadsters has produced a prototype highway speed electric vehicle.  The Pulse Electric reportedly reaches speeds of 70 mph and is based on a gas powered vehicle from China.  There is no timetable for market launch since the company needs several million dollars for crash testing and airbag system development. Learn more: Carconcerns.blogspot.com